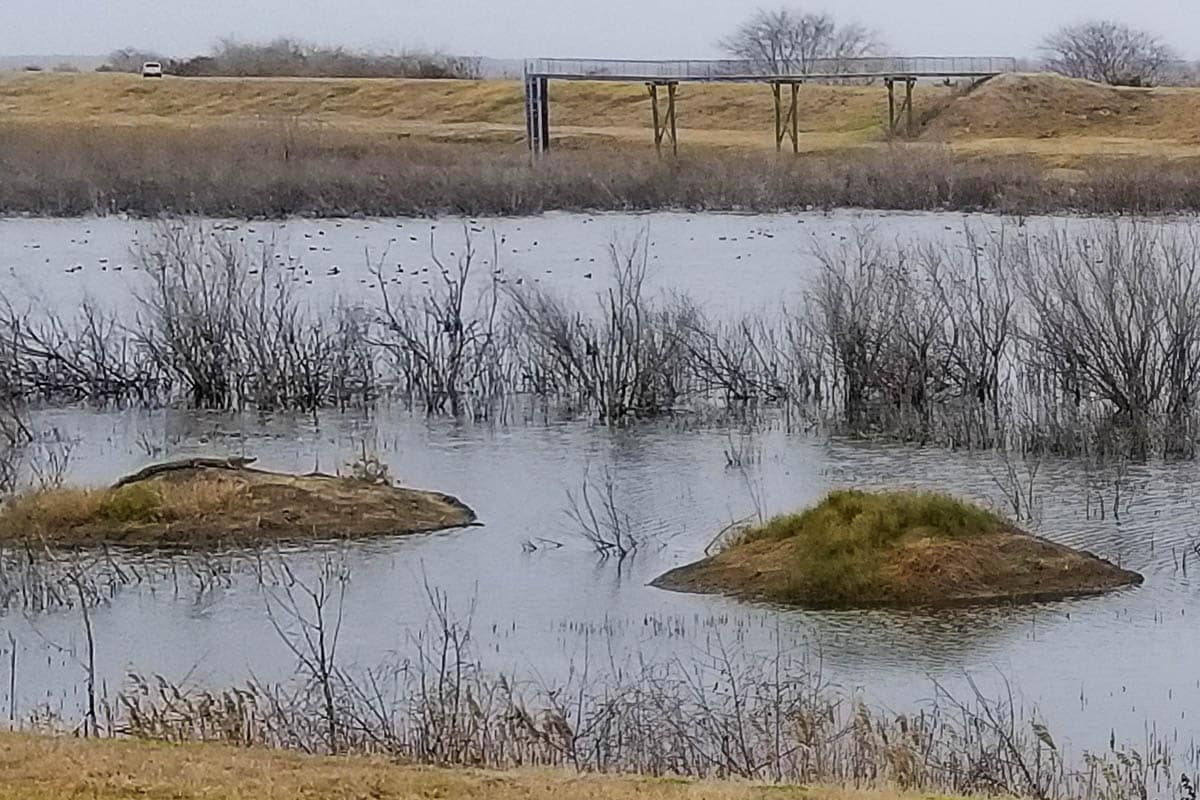 Savannah Harbor Dredge Material Containment Area (DMCA) 13A parallels the north edge of the Savannah River in Jasper County, South Carolina. The containment area, which is roughly 1,375 acres in size, is one of nine confined dredge material containment areas used for dredging the Savannah River channel.  This project involved raising the crest elevation of the 5.6-mile dike perimeter by as much as six (6) feet. Andrews Engineering was retained as subcontractors to provide topographic and asbuilt surveys that were necessary to initially establish the alignment of the dikes, establish appropriate reference points, and maintain established control and reference points. Throughout the project, AEC compiled volume calculations, data/elevation readings, and weekly settlement plates.  Through the volume calculations and elevation readings that were collected, it was determined that 620,000 cubic yards of earth needed to be moved to raise the crest elevation.